Teambuilding on the beach of Scheveningen for business or private event

According to legend, the first Highland Games were held in the 11th century in Scotland: Scottish Clans in tournament shape going into battle with each other to see who was the strongest. Currently, the Highland Games are known all over the world! These beach Highland games involve all the characteristics of the perfect team game. Such as: team building, cooperation, communication skills and a lot of fun!

What can you expect at these Highland Games?

Before we release the prehistoric man in you, you will get a detailed tutorial. So you know what to expect. We form teams, after which the heavy battle will break loose! The loud cheers (and lots of laughter) of your fellow fighters put you on the trials. At the end of the tournament you can gather at the starting point and it is reveled which team is the undisputed winner.

This tournament consists of the following tests:

Hammer and Nails. Listen to the riddle. Think. Ring the bell. And answer the question correctly to earn a swing with the hammer.
This game comes with the ability to add your personal note to the Highland Games. Such as: details about the company or on the bachelor herein.

Prices are per person and including VAT.

Small group during the holiday season? Ask us about our holiday deals!

Request a free quote using the form below.

Also have a look at: 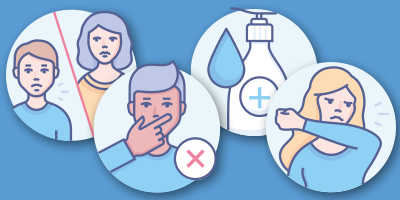 We’ve had to tone down our social activities and get togethers, but from the 1st of June we are good to go again! Have a look at our Corona-proof activities!

Who is the Jellyfish? 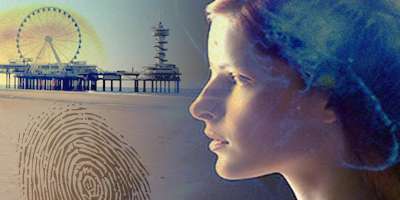 Someone in your group is not who you think he or she is… Are you able to unmaks the jellyfish?
Available from € 20 pp 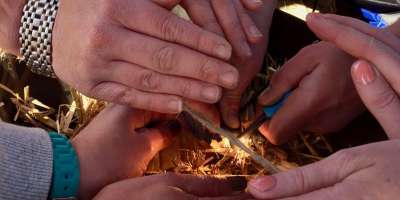 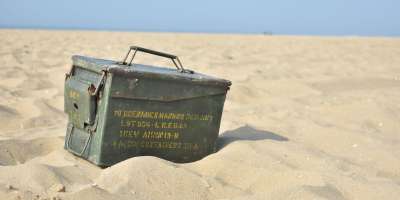 Is your team quick enough to collect all the bribes and influence the judge? Enter this Scheveningen family feud and show your skills as a team!
Available from € 20 pp 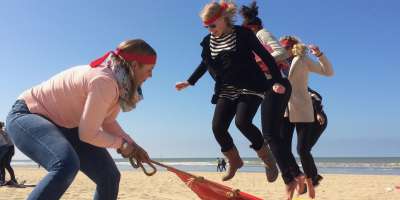 Welcome to the Beach Games. You are about to experience an action packed and sports performance competition. Grab your medal!
Available from € 15 pp 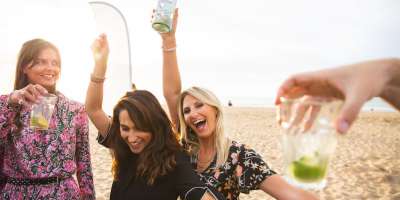 Shake it, shake it! Catch up with your friends or colleagues during our relaxed, fun and educational cocktail workshop.
Available from € 15 pp 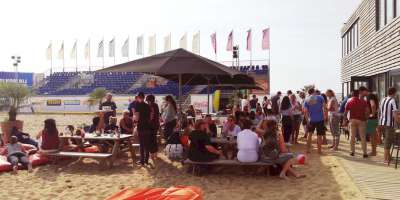 The perfect business event with 1.5 meters distance! The name says it all: this is not only a quiz, but also an experience!
Prices on request 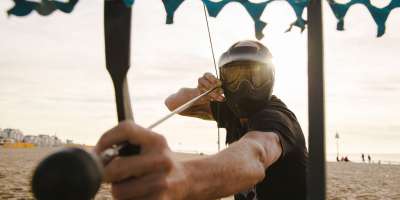 Archery Tag is played with a real bow and specially prepared arrows topped with a soft foam tip. It is safe and fun way to aim and fire at your colleagues!
Available from € 15 pp 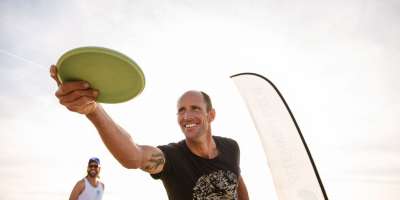 Disc Golf is a frisbee game in Scheveningen. Very popular in the US. Excellent for corporate private events or bachelor parties. Book now!
Available from € 15 pp 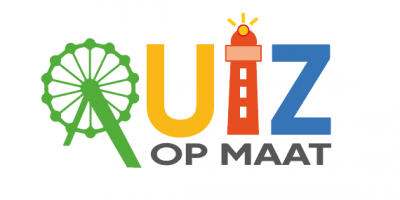 Looking for a fun and Corona-proof business event? Choose our custom made live quiz! Cooperation is key in this quiz. Available for groups of all sizes!
Prices on request 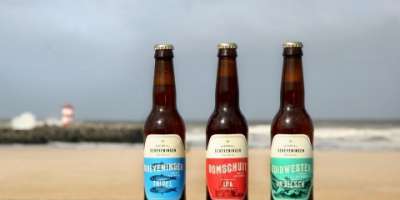 Together with a local Scheveningen brewer Experience at Sea offers an amazing culinary workshop! Original and tasty team outing.
Available from € 17 pp 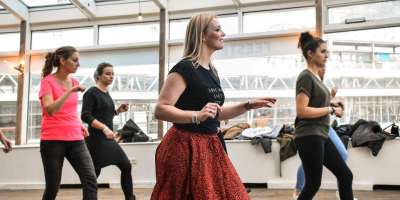 In this salsa workshop by 'Beleving aan Zee' you will be introduced to the basics of salsa dancing. Enjoy the music and the beach!
Available from € 17,50 pp 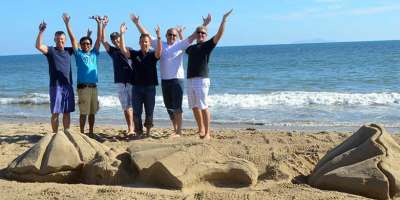 Create amazing sand sculptures. Company logo or a funny theme, we help you create the most gravity defying objects with the right materials and instructions.
Available from € 17,50 pp 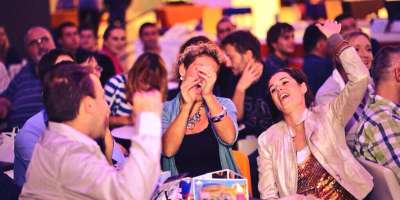 Highly entertaining and dynamic quiz. The quizmaster will be testing your knowledge about music, showbizz and sports in a series of fun quiz questions.
Available from € 18 pp 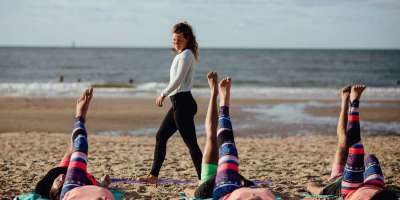 Workshop Yoga Scheveningen. There is nothing more enjoyable than yoga in the open air. Come and experience it yourself! Experience Yoga at the beach.
Available from € 20 pp 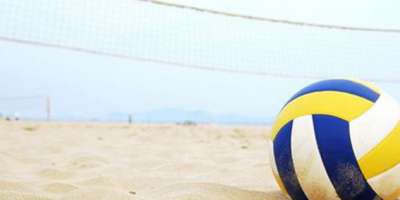 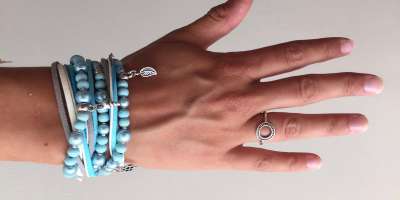 Creative workshop in which you will embrace your inner designer and create a custom wrap bracelet with a seaside theme. Start crafting!
Available from € 20 pp 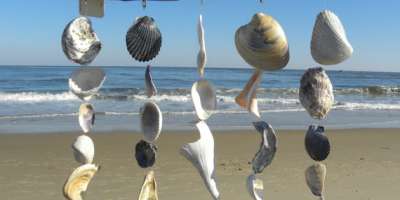 Let your creativity run freely in this fun workshop and create your own beach wind chime!
Available from € 20 pp 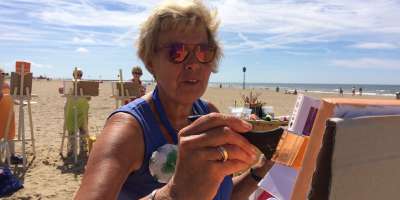 A creative and casual workshop painting experience, in which we will be teaching you various painting skills and different painting techniques.
Available from € 30 pp 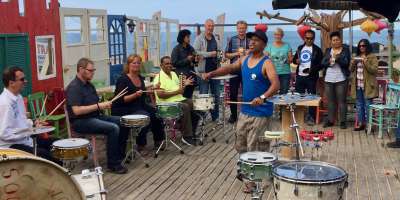 Free your spirit, let your hands follow the catchy beat and enjoy a musical experience at sea!
Available from € 22,50 pp 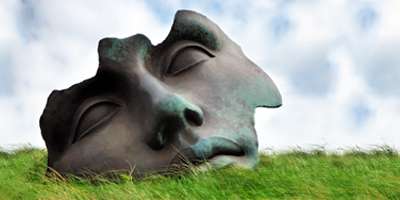 Experience Scheveningen is the most interesting activity! This walking tour is educational, sporty and fun. Perfect as a business trip or bachelor party.
Available from € 20 pp 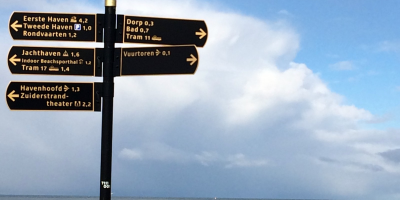 A sporty and relaxed way to discover Scheveningen. Enjoy a lovely afternoon from work cycling at the beach. Suitable for large groups. As many as 50!
Available from € 20 pp 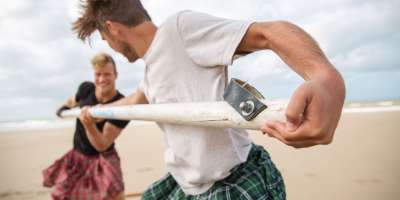 All the characteristics for the perfect team game. Collaborate with friends or battle your colleagues. The Highland Games are about to begin! Book now.
Available from € 17,50 pp 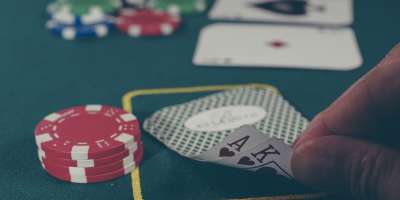 How to play and love the Classic American Poker Game. The deeper experience of playing poker with friends or trustworthy colleagues. Deal!
Available from € 25 pp 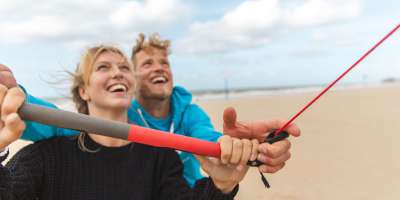 Experience the sensation of power kiting at the Dutch coast. Enjoy Scheveningen beach. Fresh cool breeze. The beach! What more? A power kite...
Available from € 15 pp 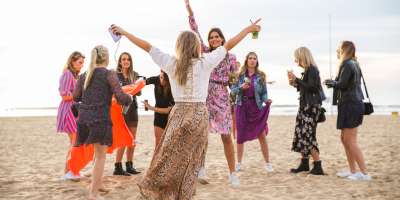 Too hard to choose or a limited budget? Our Combination Workshops are an easy way to enjoy maximum benefit with a combination of activities.
Prices on request